WHAT IS AN INFRARED THERMAL INSPECTION?

Thermography, or infrared thermal inspection, is a process in which thermal energy or heat, is measured and detected within a given space. Using an infrared camera, the infrared spectrum – invisible to the naked eye, is seen as an image on the detector. The inspector can then say where heat is escaping or cold air is entering the space. This allows the professional to identify insulation deficiencies and structure defects. An infrared inspection is also a great way for owners or builders to determine whether past issues have been resolved. 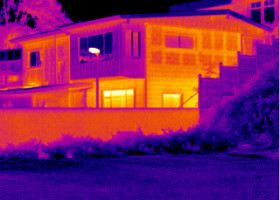 Above are the sample images of the same area using both a regular image camera and thermal detector. In the visual image, the energy or heat is invisible, however, in the thermal image, it is easy to see that insulation is missing in certain areas of the space. To read a thermal image, remember that lighter colors represent accelerated warmer temperatures of the space. This would be areas where insulation is missing, whereas the areas of darker colors represent accelerated cooler temperatures.

Why Would an Owner Request Infrared Imaging?

1. Using an infrared camera along the interior of the walls can help detect moistures in places in which water has been leaking from plumbing, roof leaks, and leaks from windows and doors. The thermal image is able to capture the moisture because areas that have been wet are typically cooler due to the evaporation process.

2. The most common use for the infrared technology is for insulation detection mentioned earlier. The detector will find the different energy levels in the walls and ceilings of the space.

3. Infrared Imaging is a great way to detect roofing leaks as well. Where water has accumulated, the rate at which heat is released will be much slower. Therefore, the camera will detect these areas as they will stand out against the standard spaces of the roof surface. Because the roof is influenced by outside temperatures, the thermal inspection for roof leaks is most successful when done in the early evening or night time when the material temperatures have stabilized.

4. Electrical deficiencies are also detected with the thermal image camera. The detector is able to spot places where the electrical system is not functioning properly or efficiently because there will be an obvious temperature elevation compared to an efficient electrical area.

5. An inspector is able to determine structural issues by scanning the ceilings, floors and walls of the property with the infrared camera. The images will detect different levels of thermal capacity and conductivity to determine the structural components for damage or deficiencies. 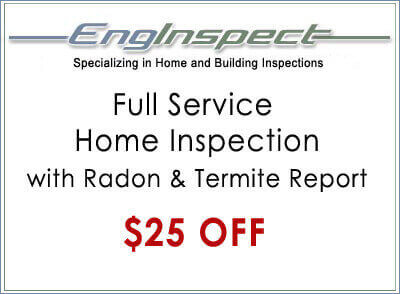